Sterling silver Chippendale tray donated by Cornelius Shields and awarded each year to the winner of the Shields National Championship Regatta.

In recognition of James B. Moore, Jr.’s invaluable service to the Association as President, as Founder of Fleet No. 2 and in numerous other capacities, the Long Island Sound District, consisting of Fleets Nos. 1 (Western Long Island Sound), 2 (Manhasset Bay) and 5 (Seawanhaka Corinthian Yacht Club), instituted in 1991 a prize to be awarded each year to the crew of the winning yacht to recognize their efforts in attaining the goal. 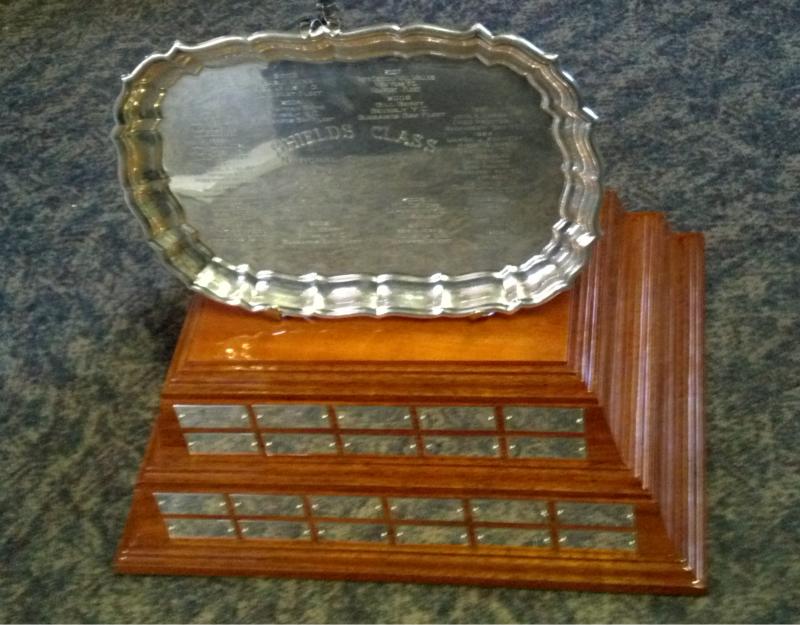 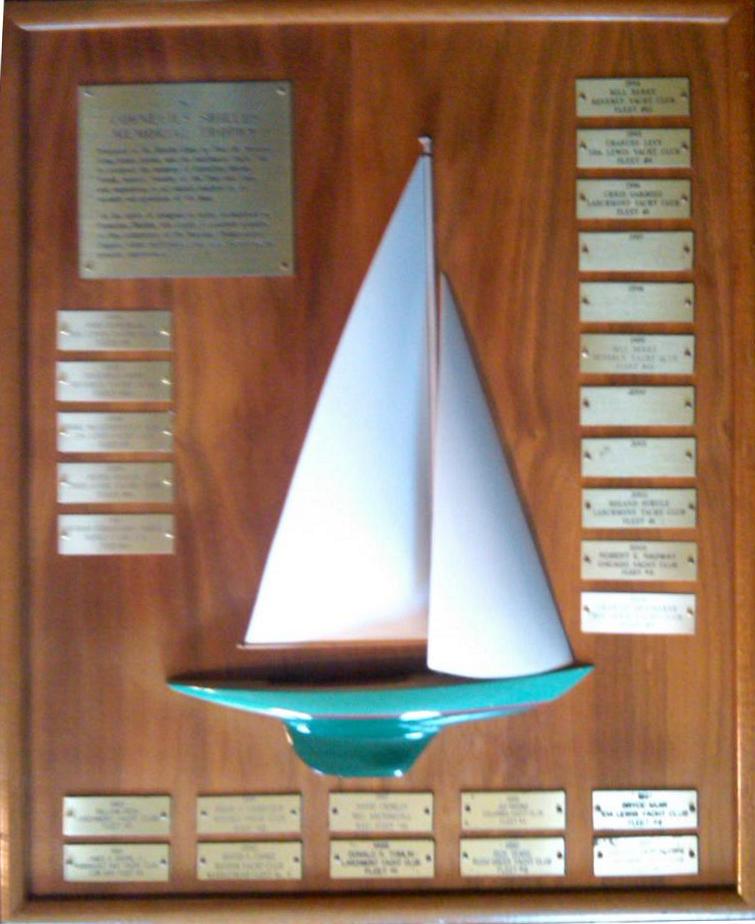 Pewter tray donated in 1981 by James B. Moore Jr. of the Manhasset Bay Fleet #2 and awarded for the best performance among the five oldest skippers in the Shields National Championship Regatta.

Pewter Chippendale tray donated in 1981 by James B. Moore, Jr. of the Manhasset Bay Fleet No. 2 and awarded to the best performance among the five youngest skippers in the Shields National Championship Regatta.

Fully rigged bow section of a Shields Yacht mounted on a teak door. It was donated in 1985 by the Commodore and membership of the Monterey Peninsula Yacht Club and later refurbished by Brian Ladacouer, Graham Quinn, and the crew of Shields #46, of the Buzzards Bay Fleet #10. It is awarded each year to an individual or individuals selected by a special committee to reward and celebrate dubious achievement during the Shields National Championship Regatta. 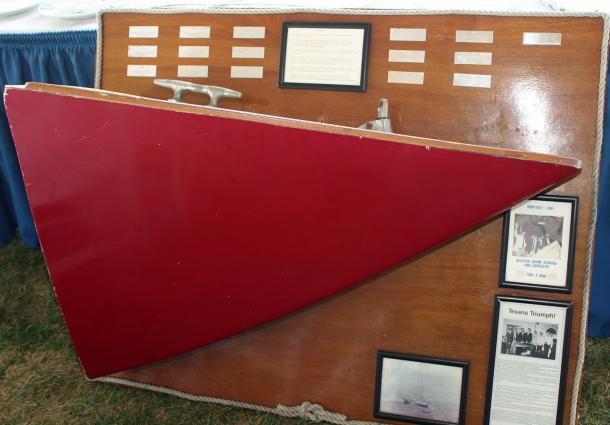 ELIMINATED 2/9/2016. Donated in 2006 by the Goodwin’s and Cape Cod Shipbuilding Co., is awarded to the last place finisher of the Shields Nationals Regatta (who actually competes). The award recognizes the effort it takes to race in a national regatta and that last place is far superior to not participating at all. It is expected that in the year to come both the trophy and its recipients will be improved for the next Nationals. This stern section was a casualty of contact that came from a boat repaired by Cape Cod Shipbuilding Co. and is ably sailing again.

It is to be awarded to the top finishing skipper sailing in his/her first Nationals. Gordon was a long time member of Fleet #9 and the 1976 Shields National Champion. 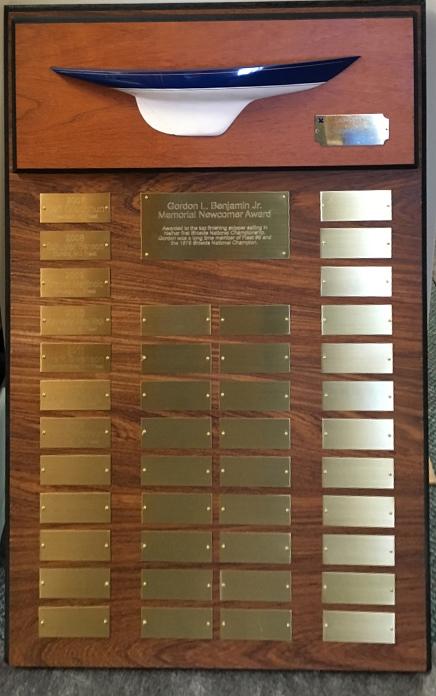 Donated in 2008 by Fleet #21, Tred Avon Yacht Club, awarded to the winning fleet calculated by the fleet's top three finishers with a minimum of three boats racing in order to qualify. The Kap-Dun Trophy is named after the historic first name of the Tred Avon Yacht Club. On June 17, 1931, a group of men met in Oxford, MD., and voted to establish the Kap-Dun Racing Association. By July 15, they voted to change the name to the Kap-Dun Yacht Club. According to a written history by Jerry Valliant, elected as president of the club in 1931, the name Kap-Dun was first used as the name of a club established in a small building just east of the ferry dock as a swimming and canoeing club. When the sea nettles (jellyfish) arrived, they quickly changed the focus to a club which would promote sailboat racing. Thus the Kap-Dun Yacht Club was born. The club later changed to Tred Avon Yacht Club, after the name of the river the club sits upon. The name Kap-Dun comes from an old English spelling of the word Cape (point) and Dun meaning Town. The club being located on a point, near the town of Oxford. 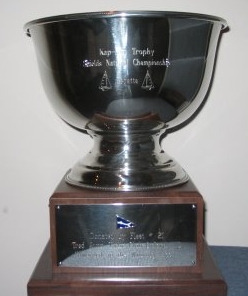 First offered by Chicago Yacht Club in 1915 to encourage competition between the club and eastern yacht clubs. The first club to accept the challenge was Indian Harbor Yacht Club of Greenwich, CT. Addison Hahan skippered the P Class yacht Josephine to victory for IHYC and the cup went to Greenwich. In 1946, at the suggestion of IHYC, the competition was reinstated using Luders L-16’s and continued for eight years. The challenge was re-started in Shields in 2014. 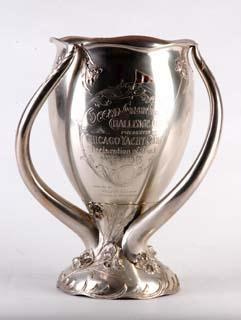